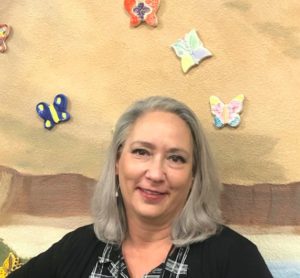 Margaux Dinerman grew up in Fall River, Massachusetts and is the youngest of five. She obtained her Bachelor’s Degree in Dance from Mills College in Oakland, California and a Master’s Degree in Dance Ethnology from UCLA. Margaux had a long career in the arts as a dancer, teacher, musician and arts administrator. She founded a non-profit organization called CubaLinda Productions and Cultural Exchange. She worked with a team to bring renowned Cuban artists to the United States as well as established exchange programs for American artists to study Cuban dance and music. She was one of the only American artists who trained in company classes with the Conjunto Folklorico Nacional De Cuba. Her 15 year professional dance career in Los Angeles included work in film, music, stage and television. She has recorded with renowned Cuban trova artist Pablo Milanes. Margaux worked behind the stage as well, organizing programming for the Cultural Affairs Department for the city of Los Angeles. She worked on a year long mask making project at the Folk Art Museum, which culminated in a highly attended Festival of the Masks.

Margaux moved to San Diego with her son and has worked in Jewish non-profit organizations since 2005. She was the Executive Assistant to the Director at San Diego Jewish Academy, working for six years extensively with the board, staff and parent body. She credits the professionals and lay leaders for providing a foundation for her interest and passion in philanthropy and fundraising. This led her to take on the following positions over the next years. Development Associate for Canine Companions for Independence, Director of Development for Palm Valley School, and Director of Women’s Philanthropy at the Jewish Federation of the Desert- Margaux is passionate about Jewish focused causes and was present when The Butterfly Project took to flight at San Diego Jewish Academy in 2006. In addition, she has extensive experience working as a volunteer with Holocaust survivors and recognizes the important role of ensuring that their stories continue to be told. She has traveled extensively, is a fluent Spanish speaker and has lived in Mexico, Cuba and Panama. She is thrilled to be a member of The Butterfly Project staff as the Director of Development.