Freddi Pakier,
Member of Board of Directors 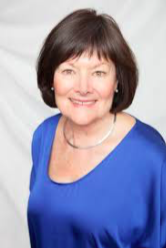 Freddi Pakier is the daughter of two Holocaust survivors who immigrated to the United States in 1949. She lived in Chicago until moving to Tucson, Arizona in 1980. In Tucson Freddi was very involved in the Jewish Community where she was one of the founding members of the Second Generation Group of Holocaust Survivors. While in Tucson Freddi had leadership roles as vice president of Congregation Anshei Israel, Women’s Division Campaign Chair for UJA, in addition to chairing additional UJA campaign divisions Officer on Board of Directors of Handmaker Jewish Home for the Aged. In 1999 Freddi moved to San Diego and was involved with the UJA Women’s Division.

“I am delighted to be involved with The Butterfly Project as well as the San Diego Second Generation Group. Now that the numbers of Holocaust survivors has dwindled, it’s our responsibility as Second Generation to continue sharing the stories of our parents.”

Freddi had a twenty year Real Estate practice. Her most heartwarming award that she received while in Real Estate was the “Above the Crowd Award” from the Southwest Region of Re/Max for all of her volunteer and leadership roles in Tucson. One of Freddi’s other passions has been health and wellness. In 2008 she earned her credentials as a Holistic Health Coach from the Institute of Integrative Nutrition and Columbia University. In 2015 she published the book “52 Weeks of Food for the Soul”. She earned her undergraduate degree in Business and Education from Roosevelt University in Chicago, Illinois.