Sonia Ancoli-Israel,
Member of Advisory Board 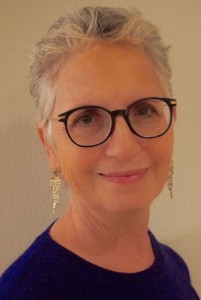 Sonia Ancoli-Israel, Ph.D. is a Professor Emeritus and Professor of Research in the Departments of Psychiatry and Medicine at the University of California San Diego (UCSD) School of Medicine, and Director of the Gillin Sleep and Chronomedicine Research Center. Dr. Ancoli-Israel received her Bachelor’s Degree from the State University of New York, Stony Brook, a Master’s Degree in Psychology from California State University, Long Beach and a Ph.D. in Psychology from the University of California, San Francisco. Dr. Ancoli-Israel is Past-President of the Sleep Research Society (SRS), Past-President of the Society for Light Treatment and Biological Rhythms, and was on the founding Executive Board of the National Sleep Foundation. She was honored in 2007 with the National Sleep Foundation Life Time Achievement Award and the SRS Mary A. Carskadon Outstanding Educator Award, in 2012 with Society of Behavioral Sleep Medicine Distinguished Career Award and in 2014 with the SRS Distinguished Scientist Award. Dr. Ancoli-Israel is published regularly in medical and psychiatric journals with over 400 publications in the field.

Within the San Diego Jewish community, Dr. Ancoli-Israel is a Wexner Fellow, was the chair of the UJF Community Relations Committee Annual Holocaust Commemoration from 1997-2005 and chaired the M Larry Lawrence JCC committee that built the San Diego Community Holocaust Memorial Garden. She served on several board of directors, executive committee and general committees, including as vice-president, for Hillel, SDJA, and the JCC. She is still on the advisory committee for the JCC. At Congregation Beth El she served as president from 2012-2014.