Rebeca Besquin,
Member of Board of Directors & Director of Latin American Engagement 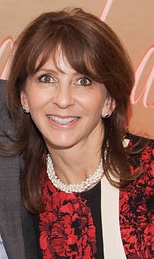 Rebeca was born in Mexico City and grew up in a home with very strong Jewish values and identity. Since she can remember, her parents have always been very involved with the Jewish Community, especially her father who was the president of Keren Hayesod Mexico for several years.

Rebeca received a degree as a Dentist in Mexico City but since her move to San Diego twenty-seven years ago, has had many different roles such as running her own catering business, assistant to the Director of Judaic Studies at SDJA and, most importantly, mother to her four children. She has also always been very involved with the Jewish community of San Diego volunteering on the board of the UJF Women’s Division, SDJA PTA and the ADL.

Ever since high school when she heard Dunia Wasserstrom’s Holocaust survival story, Rebeca has been extremely interested in learning more and educating others on the subject. She began as a volunteer with The Butterfly Project and due to her passion for the cause, became the Project Coordinator from 2006-2010. She helped with administrative aspects, logistics and helped source a factory to mass-produce ceramic butterflies. She is thrilled to continue her involvement with the project.