Judi Gottschalk,
Member of Board of Directors 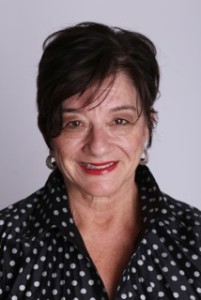 Judi Gottschalk is a native San Diegan and the daughter of two Holocaust survivors who immigrated to San Diego in 1949. She was an active member of the Phoenix Jewish community for 42 years and has recently moved back to San Diego. She serves as the San Diego Regional Chairperson for the United States Holocaust Museum. In Phoenix she served as a member of the board of the Valley of the Sun Jewish Community Center and Valley Beit Midrash, a pluralistic Jewish learning center and The Ballet Program for School Children. She is committed to supporting endeavors that build continued Jewish legacy and peoplehood.

Judi retired in 2007 as principal of an urban elementary school in Phoenix, Arizona. With 40 years of experience in Arizona public education both as a teacher and an administrator. Judi has been associated with Cognitive CoachingSM since 1991 and has been training administrators, teacher leaders, and mentors in school districts throughout the state of Arizona. In 2011 Judi became the Co-Director of iLeadAZ at Arizona State University. iLeadAZ is a statewide principal preparation program. She earned her undergraduate degree in Education/Social Sciences at San Diego State University and an MA in Educational Leadership at Northern Arizona University.