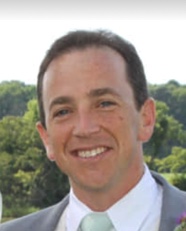 “In a free society, we have the constitutional right to say, within limits, what is on our minds. As such, we can make the choice to speak truth or falsehoods, to speak laudably or to speak reprehensibly. It is our obligation to listen to what others have to say but then to seek out the facts on the situation and to respond in a way that recognizes our own and well as others’ dignity. The very existence of our fragile democracy depends upon our ability to do this.”

As the founding Director of the Center for Excellence in Citizenship at La Jolla Country Day School and formerly as the History Department Chair, Jonathan Shulman is passionate about promoting civic engagement. He has actively developed partnerships with civic organizations, including the San Diego Diplomacy Council, the San Diego History Center, Friends of Balboa Park, and the Voice of San Diego, and he coordinates off-campus and travel opportunities for students. Jonathan is Head Teacher-Coach of the Torrey Mock Trial Team, a program that has come to be recognized as one of the best in San Diego County.

Having grown up outside Washington, DC, Jonathan graduated with a BA in Political Science from Tufts University and a Masters in War Studies with distinction from Kings College London. He was the first K-12 educator to be elected the President of the California World History Association, and he has served as an AP World History Exam Reader for the College Board since 2010 and a Table Leader since 2017. Jonathan has spent the last 25 years with Summer Discovery directing academic programs for high school students on university campuses including Brown, Georgetown, Johns Hopkins, and Northeastern Universities and the Universities of California at San Diego and Santa Barbara.

In 2018, Jonathan was recognized as Educator of the Year by the La Jolla Rotary, and he received the Charles Redd Center Teaching Western History Award from the Western History Association in San Antonio. In 2019, the Center for Excellence in Citizenship was honored by the San Diego Diplomacy Council with the Charles H. Hostler Diplomacy Award.

Prior to joining the La Jolla Country Day faculty in 2003, Jonathan taught at the American School of Milan in Italy, the Beijing Film Academy in China, and the Greenhill School in Dallas, Texas. He previously worked as chief of staff to the Appropriations Sub-Committee Chair in the Maryland House of Delegates.

A fanatical movie enthusiast, Jonathan was the co-producer and director of Minyan In Kaifeng, a documentary about the modern-day descendants of the ancient Chinese Jewish community. The film, narrated by Leonard Nimoy, played the international Jewish film festival circuit to great acclaim.