Jan Landau,
Co-Founder & Member of Board of Directors 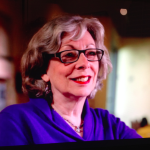 Jan Landau graduated from University of Michigan and San Diego State University, and has over 30 years experience as an elementary school teacher and administrator. While working at San Diego Jewish Academy as Director of Family and Special Programs, she was looking for a way to bring Holocaust remembrance to the school in an age-appropriate way. Inspired by the documentary Paper Clips and the poem, The Butterfly, written by Pavel Friedmann, a child in a concentration camp, Jan chose the butterfly, a beautiful symbol of hope and freedom, for children to make to memorialize the 1.5 million children who perished in the Holocaust. She enlisted the talents of SDJA parent/artist, Cheryl Rattner Price, and together with other parent volunteers, created The Butterfly Project – originally known as Zikaron V’ Tikvah (Remembrance and Hope). Read more about Jan Landau

Judi Gottschalk,
Member of Board of Directors & Education Team Member 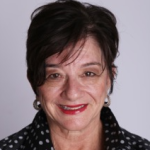 Judi Gottschalk is a native San Diegan and the daughter of two Holocaust survivors who immigrated to San Diego in 1949. She was an active member of the Phoenix Jewish community for 42 years and has recently moved back to San Diego. She serves as the San Diego Regional Chairperson for the United States Holocaust Museum. In Phoenix she served as a member of the board of the Valley of the Sun Jewish Community Center and Valley Beit Midrash, a pluralistic Jewish learning center and The Ballet Program for School Children. She is committed to supporting endeavors that build continued Jewish legacy and peoplehood. Read more about Judi Gottschalk

Rebeca Besquin,
Member of Board of Directors & Director of Latin American Engagement 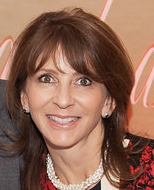 Rebeca was born in Mexico City and grew up in a home with very strong Jewish values and identity. Since she can remember, her parents have always been very involved with the Jewish Community, especially her father who was the president of Keren Hayesod Mexico for several years. Rebeca received a degree as a Dentist in Mexico City but since her move to San Diego twenty-seven years ago, has had many different roles such as running her own catering business, assistant to the Director of Judaic Studies at SDJA and, most importantly, mother to her four children. She has also always been very involved with the Jewish community of San Diego volunteering on the board of the UJF Women’s Division, SDJA PTA and the ADL. Read more about Rebeca Besquin

Freddi Pakier,
Member of Board of Directors 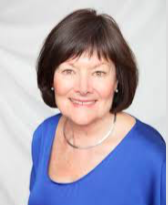 Freddi Pakier is the daughter of two Holocaust survivors who immigrated to the United States in 1949. She lived in Chicago until moving to Tucson, Arizona in 1980. In Tucson Freddi was very involved in the Jewish Community where she was one of the founding members of the Second Generation Group of Holocaust Survivors. While in Tucson Freddi had leadership roles as vice president of Congregation Anshei Israel, Women’s Division Campaign Chair for UJA, in addition to chairing additional UJA campaign divisions Officer on Board of Directors of Handmaker Jewish Home for the Aged. In 1999 Freddi moved to San Diego and was involved with the UJA Women’s Division. Read more about Freddi Packier

Maren Oom Galarpe,
Member of Board of Directors 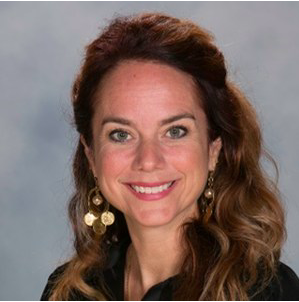 Maren has over 22 years of experience as a performing and visual artist, educator, administrator, and director. In addition to serving on the The Butterfly Project Board, Maren serves on the Board of Directors for the American Alliance for Theatre and Education and the Palm Springs Art Museum’s Architecture and Design Council. She is currently Director of the Arts at St. Mary’s School, a PreK-8 International Baccalaureate school in Orange County. Maren holds a B.F.A. in Theatre Studies from Emerson College in Boston and a multi-arts focused M.A. in Dance/Theatre Education from the University of Hawaii-Manoa. Her professional experience includes private and public education at schools, theatres, museums and community programs in Michigan, Massachusetts, Illinois, Singapore, Hawaii and California. Read more about Maren Oom Galarpe

Jonathan Shulman,
Member of Board of Directors 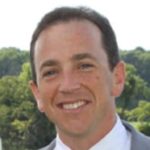 As the founding Director of the Center for Excellence in Citizenship at La Jolla Country Day School and formerly as the History Department Chair, Jonathan Shulman is passionate about promoting civic engagement. He has actively developed partnerships with civic organizations, including the San Diego Diplomacy Council, the San Diego History Center, Friends of Balboa Park, and the Voice of San Diego, and he coordinates off-campus and travel opportunities for students. Jonathan is Head Teacher-Coach of the Torrey Mock Trial Team, a program that has come to be recognized as one of the best in San Diego County. Read more about Jonathan Shulman

Rick Schwartz,
Member of Advisory Board

Shari Schenk,
Member of Advisory Board 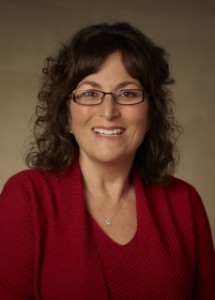 Shari Schenk has been the Director of Business Development at CaseyGerry since 1999, overseeing numerous marketing and new business programs. In addition to her work for the firm, she is active in a variety of community projects and charities. A past board chair of the San Diego Jewish Academy and of the Agency for Jewish Education, she was a board member of the United Jewish Federation’s Women’s Division for nearly ten years. She currently serves on the board of the Center for Jewish Culture at the Lawrence Family Jewish Community Center in La Jolla. Shari has served on the boards of Hillel of San Diego (where she co-chaired the Campus Superstar inaugural event), Congregation Beth Am and the San Diego chapter of the Jewish National Fund, as well as the California Commission for Economic Development (appointed by Governor Gray Davis). She earned a Bachelor of Arts degree in economics from Tufts University, holds a Master of Business Administration with a concentration in marketing from San Diego State University, and is a graduate of the Wexner Heritage Foundation program for leadership development. Read more about Shari Schenk

Sonia Ancoli-Israel,
Member of Advisory Board

Sonia Ancoli-Israel, Ph.D. is a Professor Emeritus and Professor of Research in the Departments of Psychiatry and Medicine at the University of California San Diego (UCSD) School of Medicine, and Director of the Gillin Sleep and Chronomedicine Research Center. Dr. Ancoli-Israel received her Bachelor’s Degree from the State University of New York, Stony Brook, a Master’s Degree in Psychology from California State University, Long Beach and a Ph.D. in Psychology from the University of California, San Francisco. Dr. Ancoli-Israel is Past-President of the Sleep Research Society (SRS), Past-President of the Society for Light Treatment and Biological Rhythms, and was on the founding Executive Board of the National Sleep Foundation. She was honored in 2007 with the National Sleep Foundation Life Time Achievement Award and the SRS Mary A. Carskadon Outstanding Educator Award, in 2012 with Society of Behavioral Sleep Medicine Distinguished Career Award and in 2014 with the SRS Distinguished Scientist Award. Dr. Ancoli-Israel is published regularly in medical and psychiatric journals with over 400 publications in the field. Read more about Sonia Ancoli-Israel

Susan Chortek,
Member of Advisory Board

Susan Chortek Weisman has been an active member of several local Jewish organizations for several years, and has been a long-time supporter of youth-based initiatives in San Diego. She has taken on many prominent leadership roles at the Lawrence Family JCC La Jolla, such as Board Member, Teen Initiative Advisory Board Member, and Teen Parent Committee Member. Susan has also been a member of the California Selection Committee for the Diller Tikkun Olam Award, a member of the Peter Chortek Leadership Award Selection Committee at the Jewish Community Foundation, and a member of the David Rubenstein Scholarship Selection Committee at Jewish Family Service. Susan has recently been involved with San Diego Jewish Academy as an Executive Committee Member, Board Member, PTO President for both Upper and Lower schools, and Co-Chair of SDJA’s Every Child Campaign. Read more about Susan Chortek