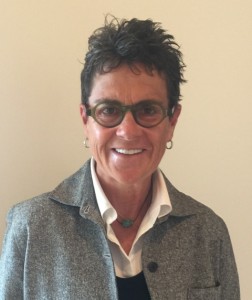 Laura Galinson is the Founder and President of the Galinson Family Foundation, the Price-Galinson Collaborative Fund, the Alternative Families Fund, as well as the Laura Jo Galinson Advised Fund of the Jewish Community Foundation of San Diego.

Laura has a Bachelor’s Degree in Comparative Religion from University of Colorado, Boulder, where her passion for photography blossomed as yearbook photo editor. After college, she took photos for the Boulder Daily Camera and Denver Post, won an award for a photo picked up by the New York Times Magazine, and traveled to Australia with her winnings. Later she was a photographer for the Associated Press, until moving into the world of publishing. Laura says learned everything she knows about books from her time working at John Cole’s Book Shop and White Rabbit Children’s Bookstore, two legendary book sellers in La Jolla. From there, she became Assistant to Sandra Dijkstra, regarded by many as the most powerful literary agent on the West Coast, where Laura worked with Janell Cannon to produce Stellaluna. Laura was then recruited to become Senior Publicist at Harper Collins in San Francisco, where she worked until relocating back to San Diego in 1997. At that time, Laura’s father, Murray Galinson, introduced her to Sol Price, and her work in philanthropy began.

Also of note is Laura’s history as a competitive swimmer from age 5 to 40. As a youth, she routinely competed in the YMCA Nationals and Junior Olympics, and was a part of the number one ranked relay team in the U.S. at age 13. Laura went on to dominate in U.S. Masters Swimming and International Gay & Lesbian Aquatics (IGLA) competitions. At the age of 36, she broke the World Record for the 100 meter individual medley at the IGLA Olympics in Atlanta.

Today, Laura focuses her charitable work on her passions for education, youth, mental health, the arts, Africa, Israel and San Diego, and she continues to be an avid photographer and swimmer. Laura and her wife, Jodi Diamond, are devoted mothers to their children Hannah, Bob, Syvan and Teddy.

Among her many contributions to the community, Laura currently provides leadership to the Museum of Photographic Arts (Education Chair and Acquisitions and Development committees); Jewish Women’s Foundation (Board Member), Support the Enlisted Project (Advisory Board and Development Committee), Psych Armor (Mental Health Advisor), and Hillel San Diego (Board Member and Capital Campaign Chair).